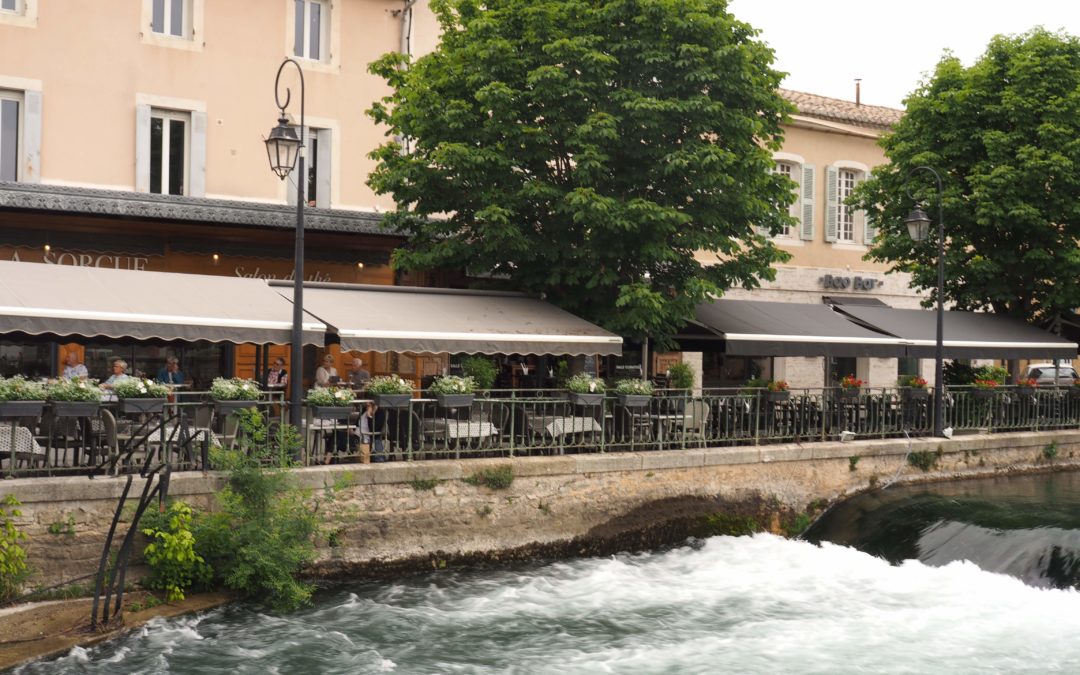 How about inspirational fiction that takes you places?

Last month I wrote about my trip to France in May. Now that I’m back, I’ll give you some highlights, share a few photos, and pull back the curtain on some places you’ll find in Prodigals in Provence, which takes place in the Luberon region of Provence (this is classic Provence!), and a few other towns as well. 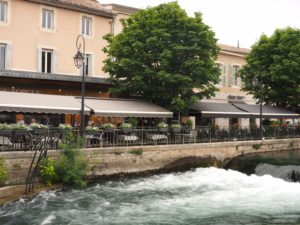 If you have never been to France, I don’t think it’s an exaggeration to say there are unlimited places to see that are picturesque and memorable, unlike anything you see in the day-to-day (which is exactly why people need to travel at least once in a while!) The destinations on my trip were no exception: Provence, Lyon, and Paris. That’s why it makes a wonderful background for a romantic novel, don’t you think?

My trip started out in Nice. The same day I arrived a good friend who lives in London arrived as well to spend the weekend with me there. Nice doesn’t show up in my book, but maybe a future one will! (I’d love a literary excuse to go back!) 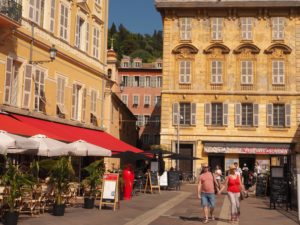 After Nice I traveled down the coast, visited friends in Hyeres (next to Toulon), then up to Aix-en-Provence (in the Prodigals book) and Arles (not in the book.) Arles is known for its Roman arena, planted in the middle of cobbled alleys and tiny streets.

After that on to Avignon, where I met with another friend for a few days. I had rented a car in Aix-en-Provence. Before my friend arrived, I was able to visit St. Rémy-de-Provence, which appears in Chapter 6 for the first time. It was fun to walk the streets where my characters walked, to see the Nostradamus fountain, the cobbled streets, the boutiques and Van Gogh reproductions in the very places where they were painted. 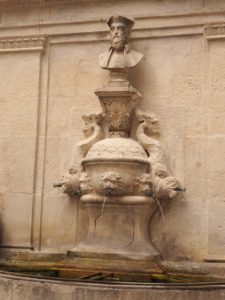 During the trip I went to a town near St. Rémy-de-Provence called Cavaillon. This town is mentioned briefly in Prodigals. It is known all over France for its melons, and there are also Roman ruins there. Cavaillon will have a more important role in the follow-up book to Prodigals.

After my Provence stint, I went to Lyon, in which I’d never made a proper visit (changing trains doesn’t count) and had some of the meals that made them famous for cuisine. Lastly, a week in Paris to see many friends and soak in the atmosphere of my second hometown. 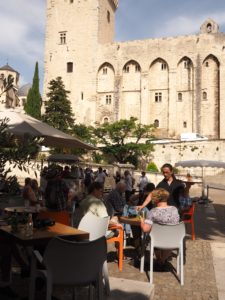 Avignon and Palace of the Popes