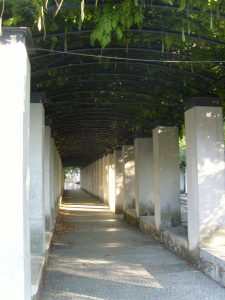 Annette glanced down at her left hand as the airplane engine roared in preparation for takeoff. A curved branch of gold encircled her finger, glinting in the sunlight that poured through the plane window. She’d bought the ring two days after Paul said he was leaving. In defiance and despair, she’d marched into the jewelry store as if on a mission, and charged the pricey band to his account. She placed it where her simple gold wedding band had been. He never said a word.

Now months later, she was free. Her despair had become acceptance and finally, contentment. Not joy, really, but the more she contemplated her change of status over the subsequent months until the final papers were signed, the more she became convinced that her life was about to change for the best.

“Please be sure all personal items are stowed under the seats in front of you.” The clipped voice of the flight attendant rattled words almost too quickly to comprehend. Annette toed her leather bag further under the seat in front of her and settled back, a satisfied smile teasing her lips.

She’d just spent a few days with Jodie, her best friend from college. What more fitting way to celebrate the legal ending of her marriage than to immerse herself in her friend’s understanding company? They spent days scouring the four corners of New York together and almost forgot they ever had ex-husbands.

From now on it would be different. Today, for example, would set a new standard. She’d arrive home to an empty house and her cat, Mia. She’d pour herself a glass of wine and go through the mail by herself. She wouldn’t have to explain anything to a brooding man who seemed to need her consolation, massaging his irritation at her inconvenient absence. Or maybe it was his cool distance, his indifference, that she’d evade. That need of his to warm back up to her, as if her return was an unwelcome event.

At the thought of her peaceful homecoming, she smiled. Then other memories began to trickle in, fighting for a corner of her mind. All the vacations they’d had when he’d been irritated, or the shouting fights he’d created for no apparent reason following every visit to her parents.

Why were tears suddenly edging from the corners of her eyes? Wasn’t she glad to be finished with that now? Yes, she was glad. But it should have been different. For normal couples it surely was different, when they’d return together, catching up, feeling complete again after a separation. Her return home had never been like that. They’d never been normal, not for fourteen years. The pain of what never was could sneak in unbidden and pierce her soft, protected layer, even amidst the joy of her newly-acquired freedom.

Note: this is an piece from an unwritten (so far) story. Maybe it will lead your imagination somewhere! Any stories come to mind?