Jessica approached the house as if she were in a dream. Despite the worn, faded version of what it had 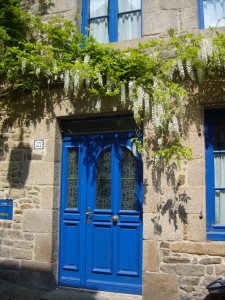 been twenty years earlier, she recognized it easily.  The pert, but tired dormer windows still jutted  over the sloping front roof, which hung lengthwise along the front porch.  The porch in particular unleashed a tide of memories, even though the swing where she’s spent so many hours with her grandpa was no longer there.  Her eyes lifted to find rusty hooks that had once held it up, still wedged into the planks. It was as though these old hooks wanted to tell stories of all the occupants of the wooden-slatted swing.

Leaping to her thoughts was the day  when her father told her about his new job. She’d been confused, she recalled, upon hearing the news.  Was it good news or bad?  She hadn’t been sure, but knew her life was about to change.

Her father’s strong but soothing voice had rung in her ears, “Honey, you’ll be able to make new friends in the new city.  You’ll see, it will be a great thing for our family.”  He had sounded so sure, but had insisted too strongly.

Jessica had wailed, “But I like it here!  I’m almost a senior, and I’ll have to start all over!”  Tears had begun to seep down her cheeks, and when her father wrung his hands, she had shrieked with unbelieving desolation. It must be true, then.

Would she ever see Kevin again, once they moved?  He was just starting to pay attention to her in sixth period.  She had just begun to feel comfortably accepted, ensconced among her school friends. Now it was being ripped away. How long would it take to create a new comfort level?

Pulling out the creaky screen door, Jessica smiled at her adolescent dramatics.  The adjustment had been difficult, but as an adult she was able to discern the ways in which she’d grown and the new paths that had opened in the new city.  A slight push on the wooden door caused it to give way, and she entered the main hall, hazy with dust and disuse.  The curving stairway before her beckoned her mind, and all at once she saw herself skipping two stairs at a time downward and sliding towards the dining room, stocking feet on wooden floors, as the scents of supper filled the room.

Note: this is an piece from an unwritten (so far) story. Maybe it will lead your imagination somewhere! Any stories come to mind?