In The Second Chance Series, you’ll meet Marissa, Julia, Sydney, and Eden, four college friends who, twenty-five years later, renew their friendships as they find themselves empty nesters and single again. You’ll love getting to know these women and following each one in her own book. (Book # 1 Marissa Rewritten, a Novella. Book # 2 Julia Redesigned.)

“I have read all of Kyle’s books and enjoyed each one. This particular story really touched my heart so many times in so many ways.”

Sydney Bennett’s life is anything but calm. She’s a high-school teacher and the single parent of a teenager. 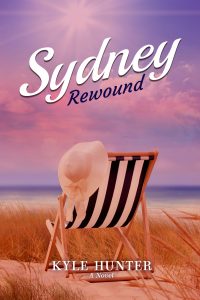 An unexpected event shakes her pressured but predictable routine. As she tries to regain her balance, she’s drawn to a secret that even her daughter doesn’t know. Nor do her three best friends.

As Sydney’s past collides with her present, she’s forced to reveal her secrets and encounters the surprising power of letting go.

Buy Now at the following stores

Available in paperback at physical bookstores by ordering.

Apple Box Set (All 4 Books in Series)      Note: The Apple box set cover is different than other storefronts due to Apple cover guidelines, but the content is the same.

Be the first to know when Kyle Hunter’s next book is available! Follow her at https://www.bookbub.com/authors/kyle-hunter to get an alert whenever she has a new release, preorder, or discount!